Posted at 13:33h in Influencer Marketing by admin

What are Virtual Influencers?

Virtual influencers are digital computer-generated characters and are created using graphic software. These characters have then been made social media accounts and garnered large followings on many different platforms. The characters, much like fictional story characters, are made to be ‘human-like’ and have their own personalities, interests, and unique features. This allows for users and followers to connect with their ‘human’ persona and thus can sway their purchasing decisions.

We ran an exclusive online survey in March 2022. The findings and data presented in this infographic were collected from 1,044+ American responders ages 18 years or older.

Our goal was to understand more about US users’ experiences and opinions on these virtual faces we are seeing more and more on social media.

While many may say that there’s no way a computer-generated person is able to influence consumers, our survey indicated this isn’t true. Our infographic highlights the following key findings:

How many people follow at least one virtual influencer? 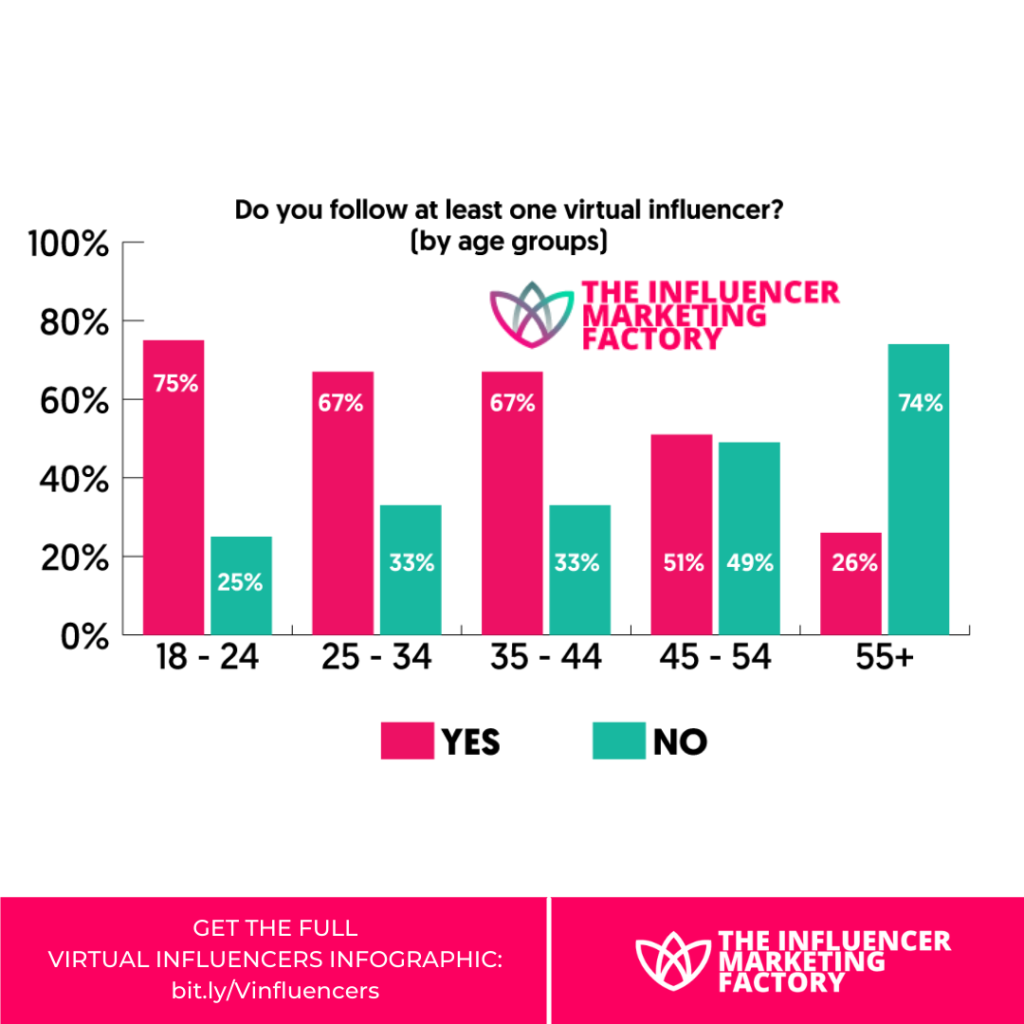 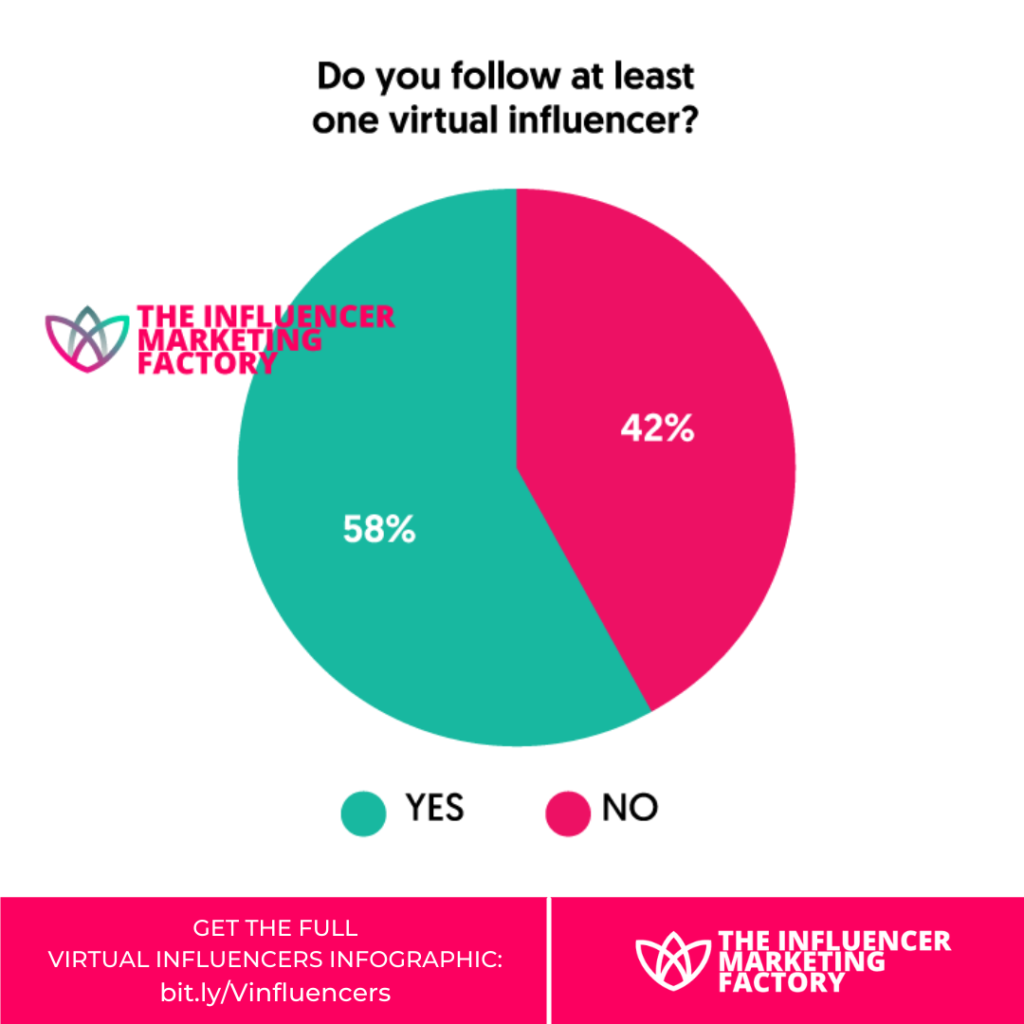 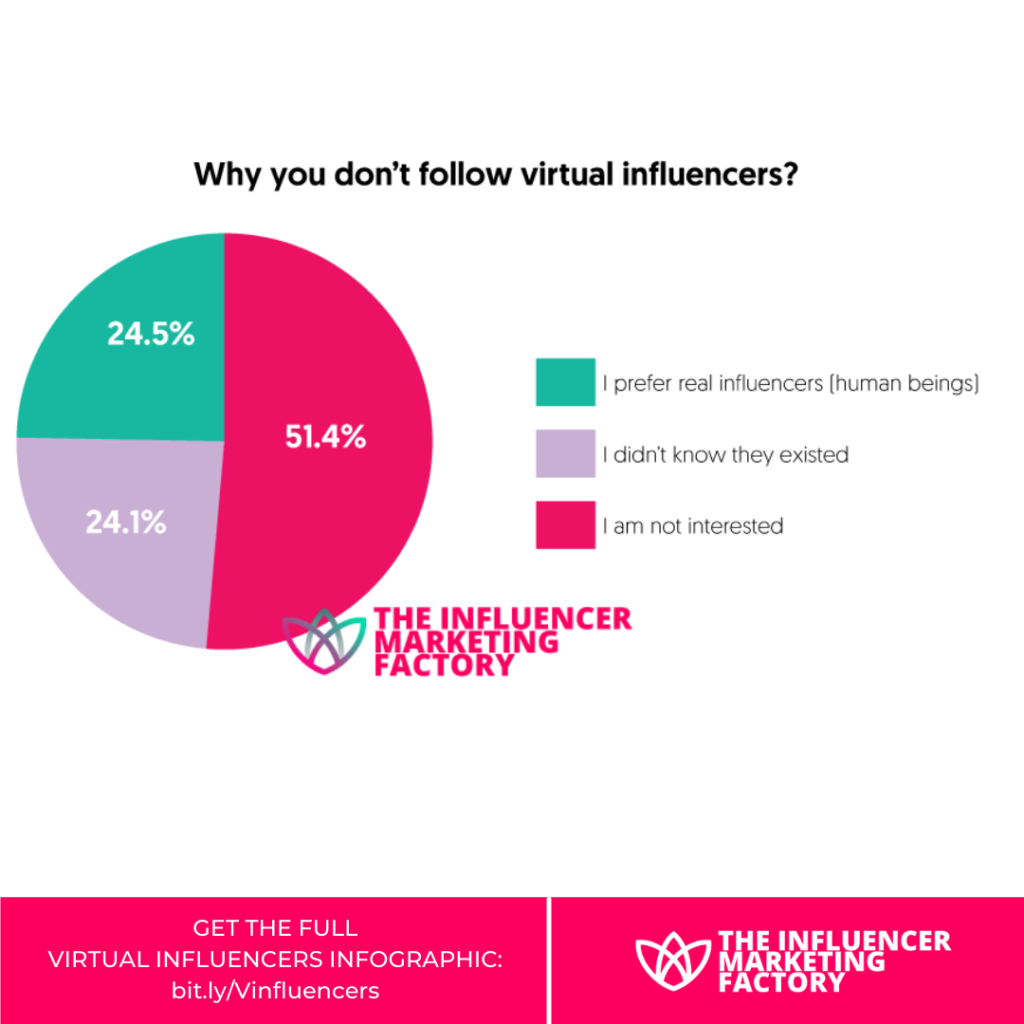 Of those that are not following virtual influencers, we asked why they did not and found 24.1% of them did not even know that they existed. While 24.5% said they prefer real influencers (i.e. human beings) compared to computer-generated influencers. The last 51.4% reported that they were not interested. 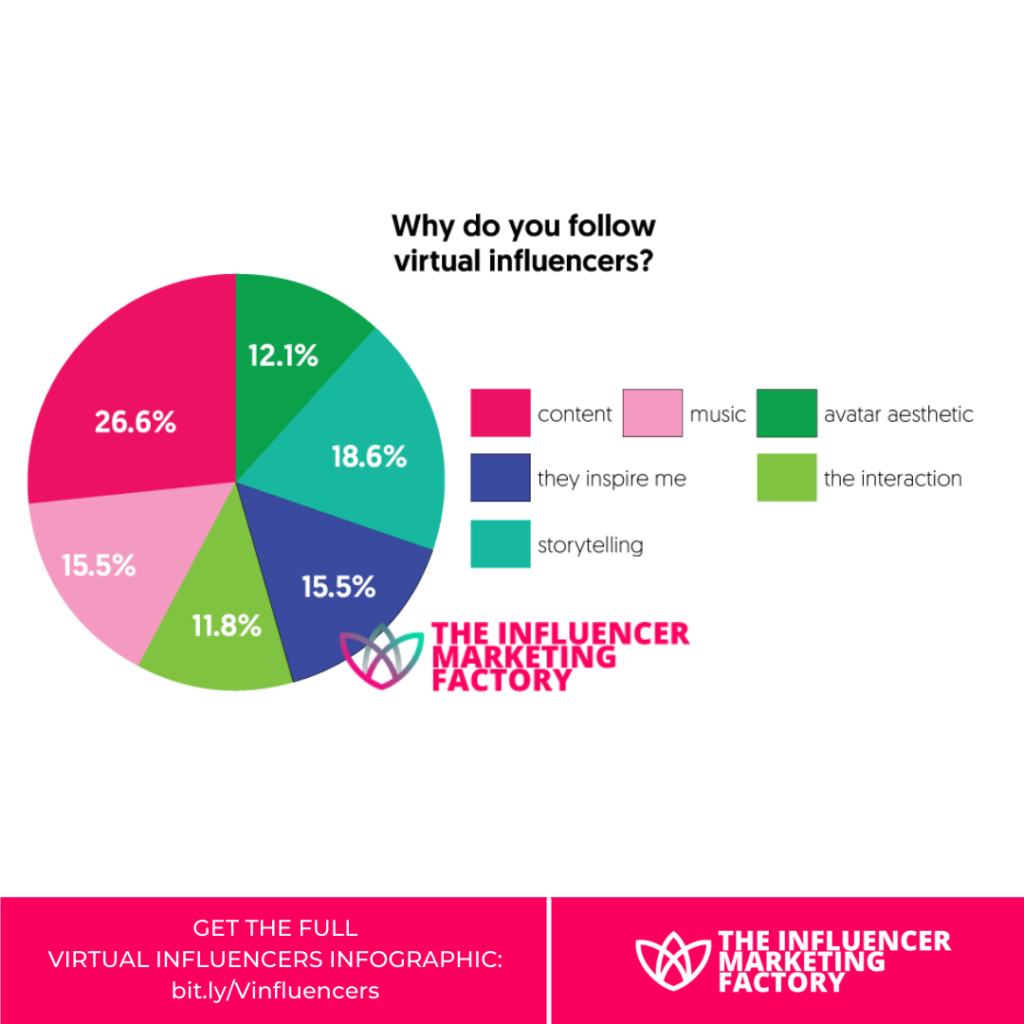 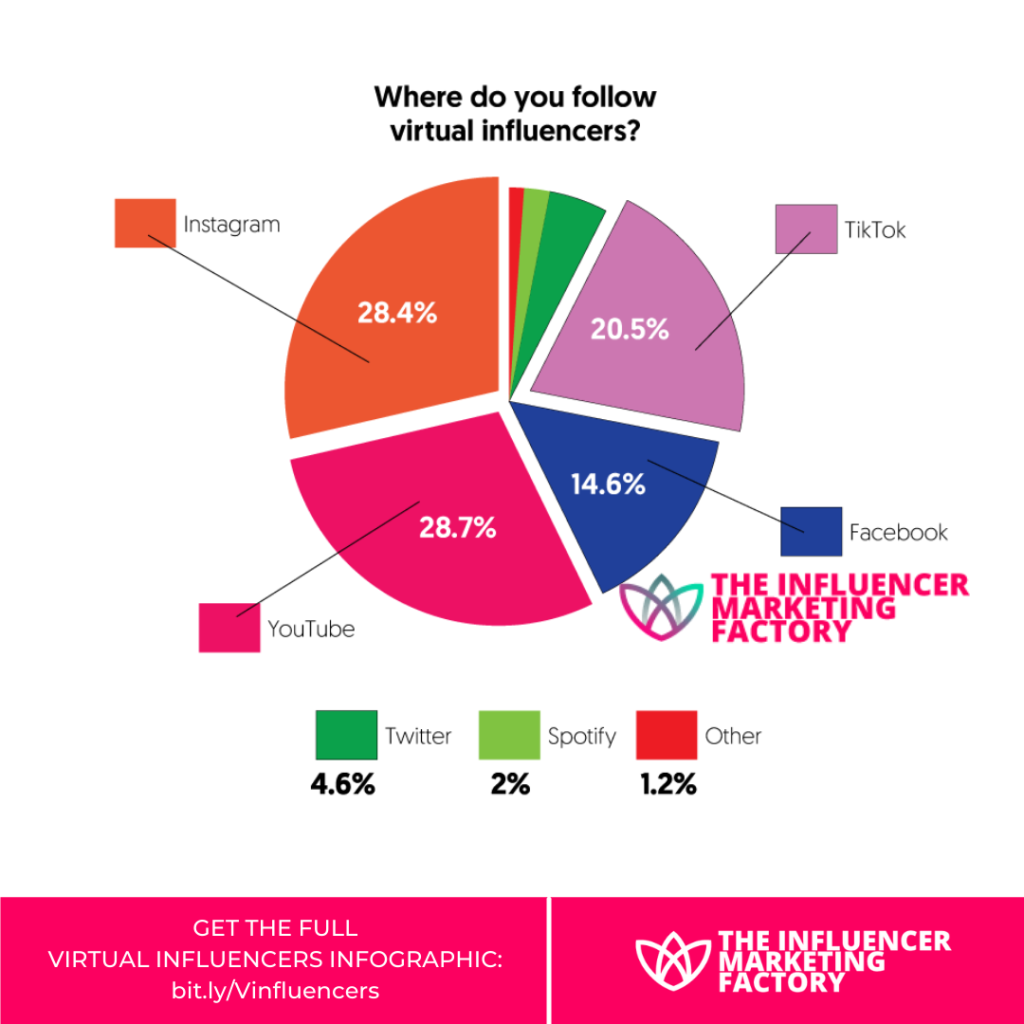 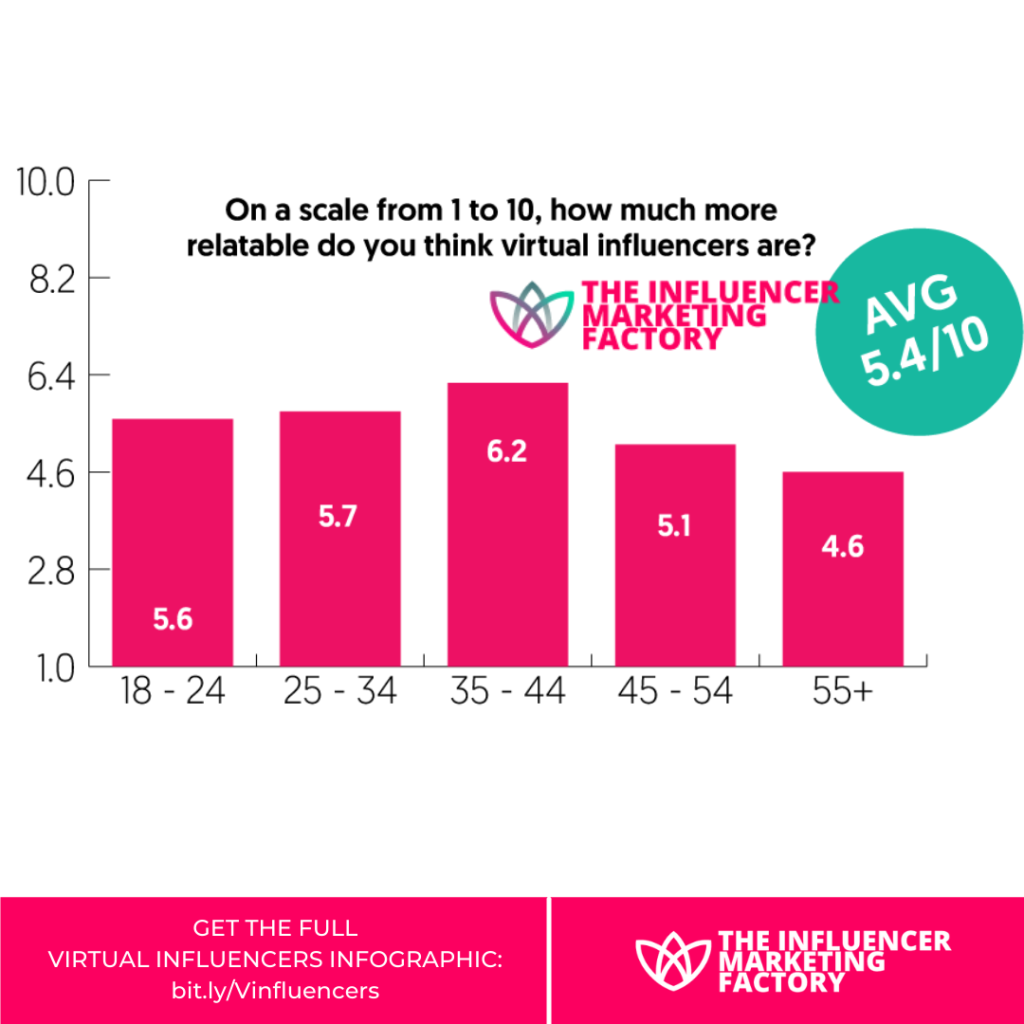 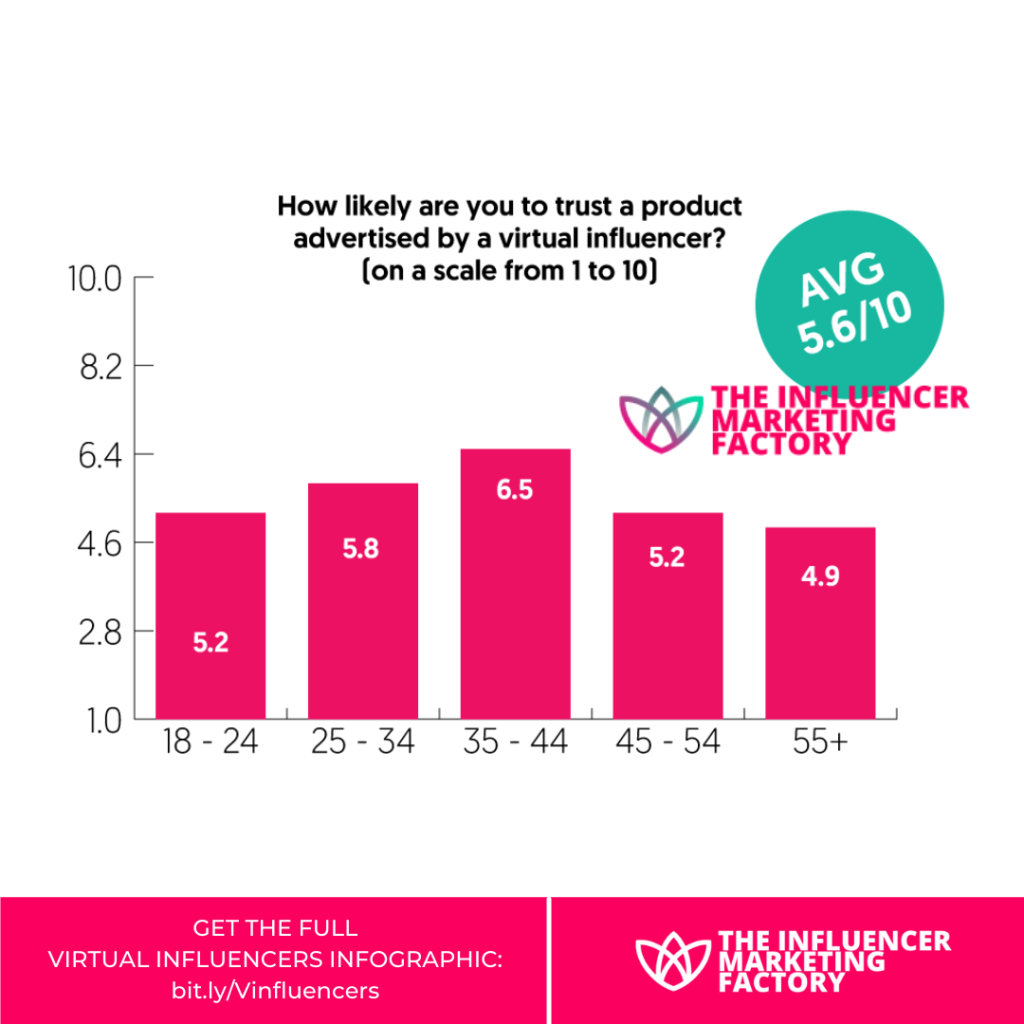 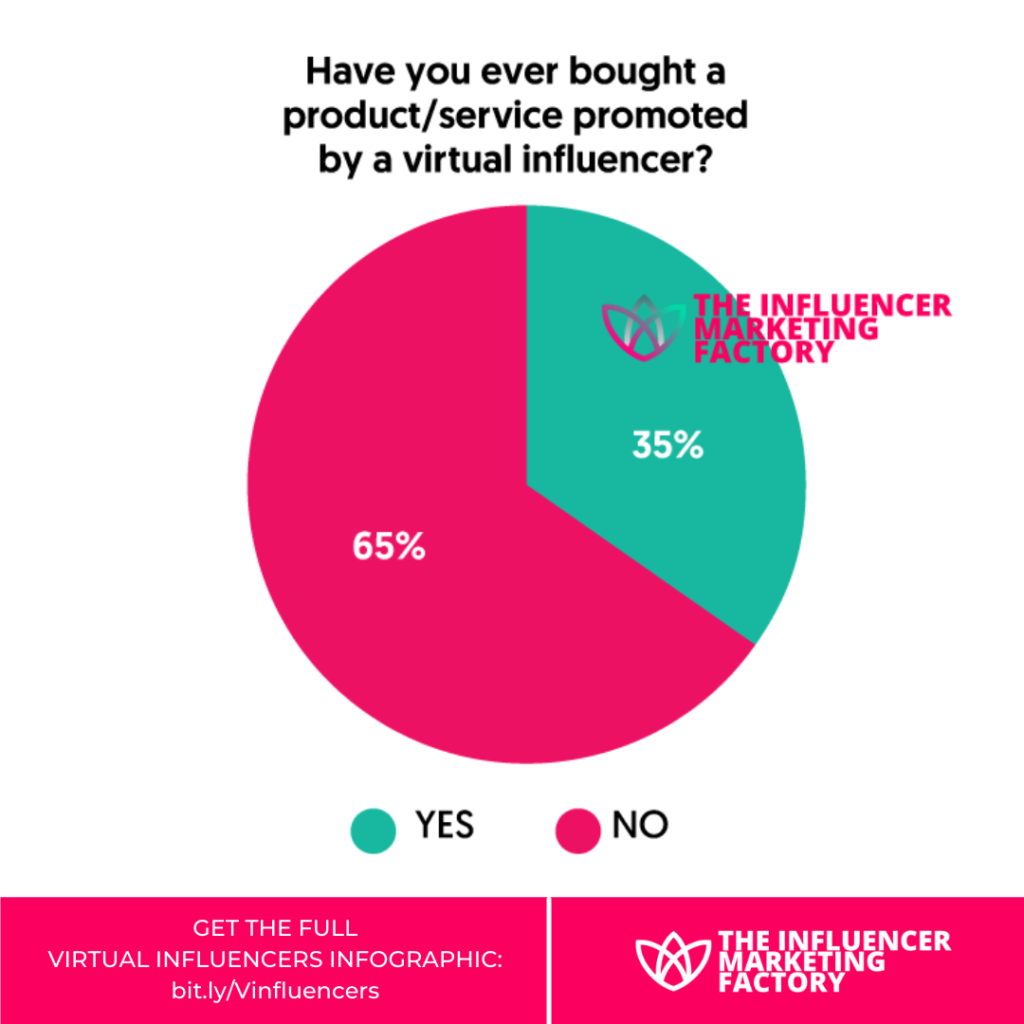 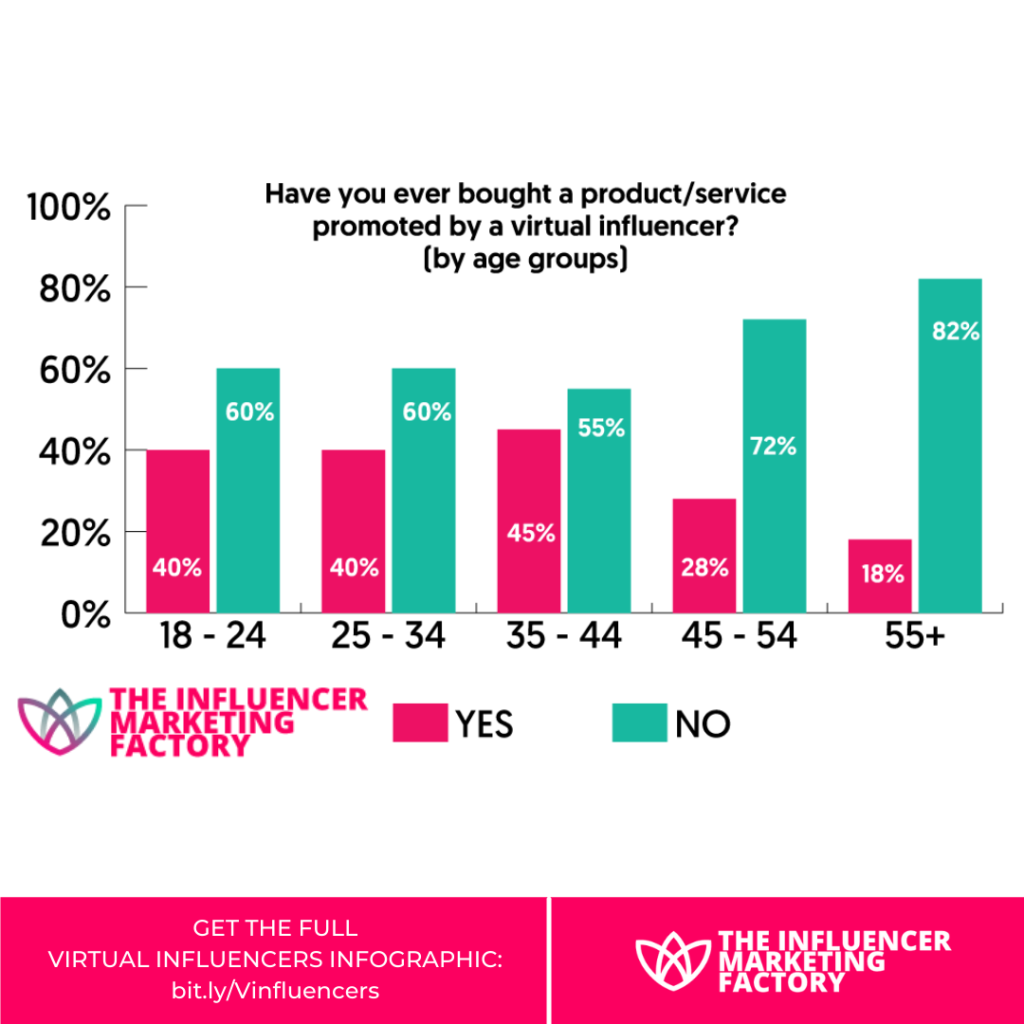 Although virtual influencers may not be as effective as their human counterparts yet, we find that 35% of responders on average said they have already bought a product or service promoted by a virtual influencer.

When we asked users how mainstream they thought virtual influencers will be in the next 12 months on a scale from 1 to 10, we saw a large spread of answers but a largely left-skewed trend toward “Very mainstream”.